Last month, I heard about fzf for the first time.

Today, it has become one of my favorite tools and I can no longer imagine working on a computer without it installed.

Let me tell you what happened.

First, I’m going to describe quite a few different tools I was using, both in my shell (zsh), and in my text editor (neovim).

Then, I’ll show you how and why I replaced all this tools with fzf and how it allowed me to have a better workflow.

The dark times (before fzf) # 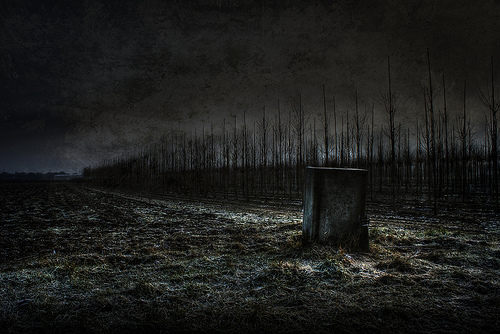 Let’s say I was trying to edit FooManager.java, buried deep in a src folder.

Phew! That’s a lot of keystrokes for such a basic task!

Going up and down #

I would use CTRL-N and CTRL-P to navigate up and down the history.

For instance, if I’ve typed the following list of commands:

I could press CTRL-P three times to get ssh server1, and then hit CTRL-N to get ls bar.

There’s an other trick I would use with zsh. Instead of listing all the commands in chronological order, you can tell zsh to only display commands that start with the same characters as your current line.

So I had something like this in my ~/.zshrc:

And that meant I could do:

and then continue to press ‘up’ until I found the correct server. And if I went too far, I could just press ‘down’.

Looking for a specific command #

Sometimes I wanted to re-enter a command but I knew it was far down the history list. Or, I remembered parts of the command, but not how it started.

So rather that hitting CTRL-P a bunch of times, I would use CTRL-R instead.

But using CTRL-R properly is not obvious. With my zsh config, I had to:

Also, sometimes I would get the dreaded failing bck-i-search message which often meant I had to start over.

Every buffer has a number. The columns between the number and the name contains info such as whether the buffer is active or hidden, if it’s modified and so on.

The # sign mark the “alternate” buffer, that is, if you press :b# you’ll go back and forth from the alternate buffer to your current buffer.

You can switch to a buffer by using :b<num>, where <num> is the buffer number.

And you can also use tab completion after :b to list all the buffer names containing a certain pattern.

So, to open the buffer ‘baz.txt’, I would type:

This worked quite well, except sometimes I would get far too many matches, and then I would spend quite a long time hitting <tab> to find the buffer I wanted.

neovim keeps a list of all the file names you have edited.

You have to press enter to see the rest of the list, and after you’ve pressed enter, there is no way to go back.

And if you want to open one of the files, you have to use :browse oldfiles, carefully remember its index, and when prompted, type the number and press <enter>.

This is a bit tedious while all you want is a simple “Select From Most Recently Used” feature that almost every other text editor has :/ 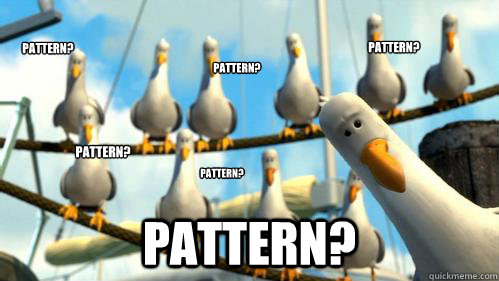 This is a very general technique you can use when trying to improve your workflow. Look for a pattern and then find one way to deal with it that you can re-use everywhere.

So what’s the pattern in all the tools I just showed you?

In every single case (from browsing the neovim buffers or trying to find something in zsh history), we have a list (more or less sorted), and we want to select one and only one element from the list.

We care deeply about interactivity: this means it should be easy to recover from some mistakes, such as typing the letters in the pattern in the wrong order, making typos, or not caring about case sensitivity.

Here’s where fzf comes in.

fzf does only one thing and it does it well. You are supposed to use it with a shell pipe, like this:

Here fzf will use a few lines of text, displaying a list of elements, returned by the some-source command. (By default the last n elements).

But while you are entering the pattern to filter the list of matches, it will update the list in real time.

It will color the part of the lines that matches, and will allow you to enter “fuzzy” patterns (allowing for typos and the like)

You can see it in action on asciinema

Note that fzf is written in Go which means:

More precisely, it means you can start select things as soon as fzf starts, while fzf is still processing its input.

fzf out of the box #

You can configure fzf so that it runs when you hit CTRL-R.

Personally, I also tell fzf to start when I hit the arrow key:

I’m so used to using arrow keys to navigate the zsh history that it makes sense to just overwrite the behavior for this case.

Still, fzf is a bit overkill when all you want is to re-type exactly the previous command, so I also configured CTRL-N and CTRL-P to do “dumb” history navigation:

By default, when pressing CTRL-T, fzf will allow to select any file name in the directory, recursively, and when you are done selecting it, it will insert the path after your current line.

So for instance, you can use:

This is much more efficient than the “run find and copy/paste the results” technique I was previously using :)

By default, fzf installs a very light wrapper on top of the fzf executable.

Instead of the interactive list being displayed in a terminal, it will get displayed in a special neovim buffer, but the rest of the usage (including the keystrokes) will be the same as in the shell version.

I suggest you use fzf.vim which brings you nice commands out of the box such as :

After installing the plug-in, all you have to do is to configure some mappings:

fzf.vim also allow you to create your own command using a bit of vimscript:

Here we define a command named MyCmd, that will call the SelectSomething() function.

SelectSomething in turn will use the output of the source argument as fzf input, and then will run the sink command on the selected element.

To be honest, I must say that I was already using a fuzzy finder named CtrlP.

But I decided to stop using it and use fzf instead.

That’s because s something really nice about using the same tool in my shell and in my editor. It means I only need to learn how to use and configure it once.

But this goes further than that. For instance, in my setup:

This is not a coincidence. After all, If I’m doing the same kind of stuff in my editor and my shell, I expect to be able to use similar keystrokes.

I’ve still have a few things to say about the editor/shell relationship, but this will be done in an other post. (shameless teasing)

So that’s my story about fzf. It boils down to quite a simple process:

By the way, if this reminds you of the famous Seven habits of effective text editing article by Bram Moolenaar, this is no coincidence either :)