… at least when it comes to Markdown files ;)

Introduction: editing this blog in Neovim #

Here’s what it used to look like to edit one of my articles in Neovim: 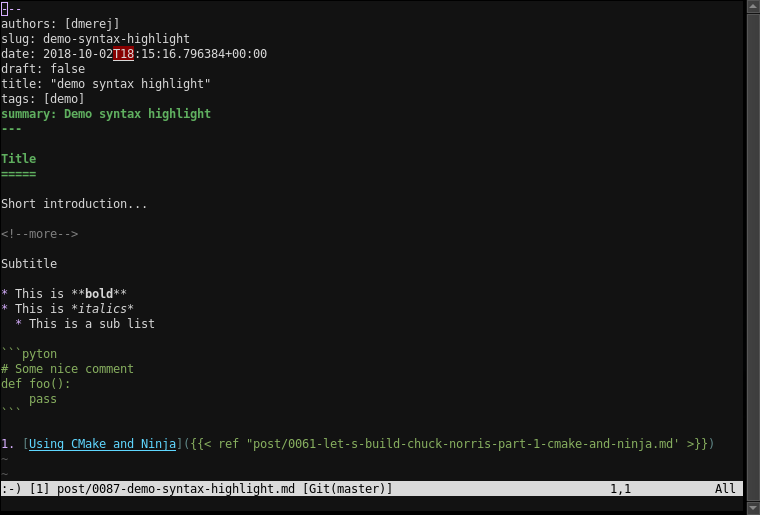 Take a quick look. Do you see what’s wrong?

For quite some time I did not think to much about this situation, until I read A case against syntax highlighting, by Linus Åkesson.

So one day I decided to try and turn the syntax highlighting off: 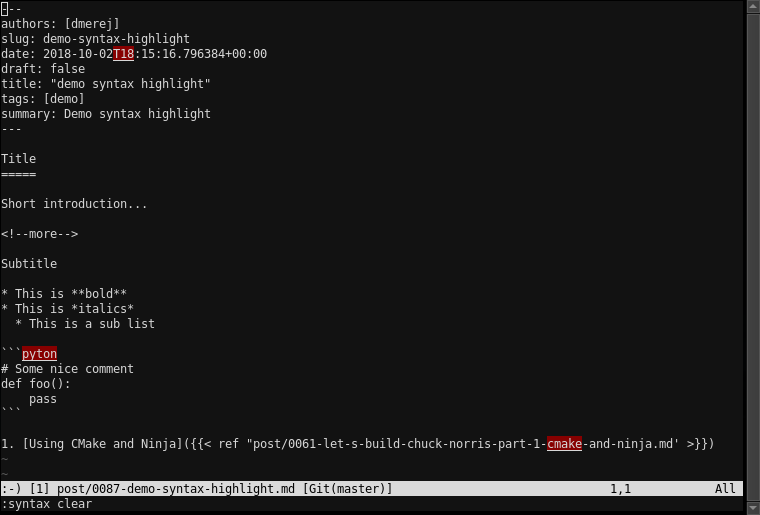 One more thing: I’m also viewing the rendered HTML in a browser next to my Neovim window. Hugo rebuilds the page I’m editing after each save, and the browser automatically reloads.

This has several consequences:

So let’s think about what we learned:

So, why do we keep using it?

For now, I’m just turning syntax off for Markdown files. Here’s the relevant section in my init.vim file:

I’m still using syntax highlight in the other cases.